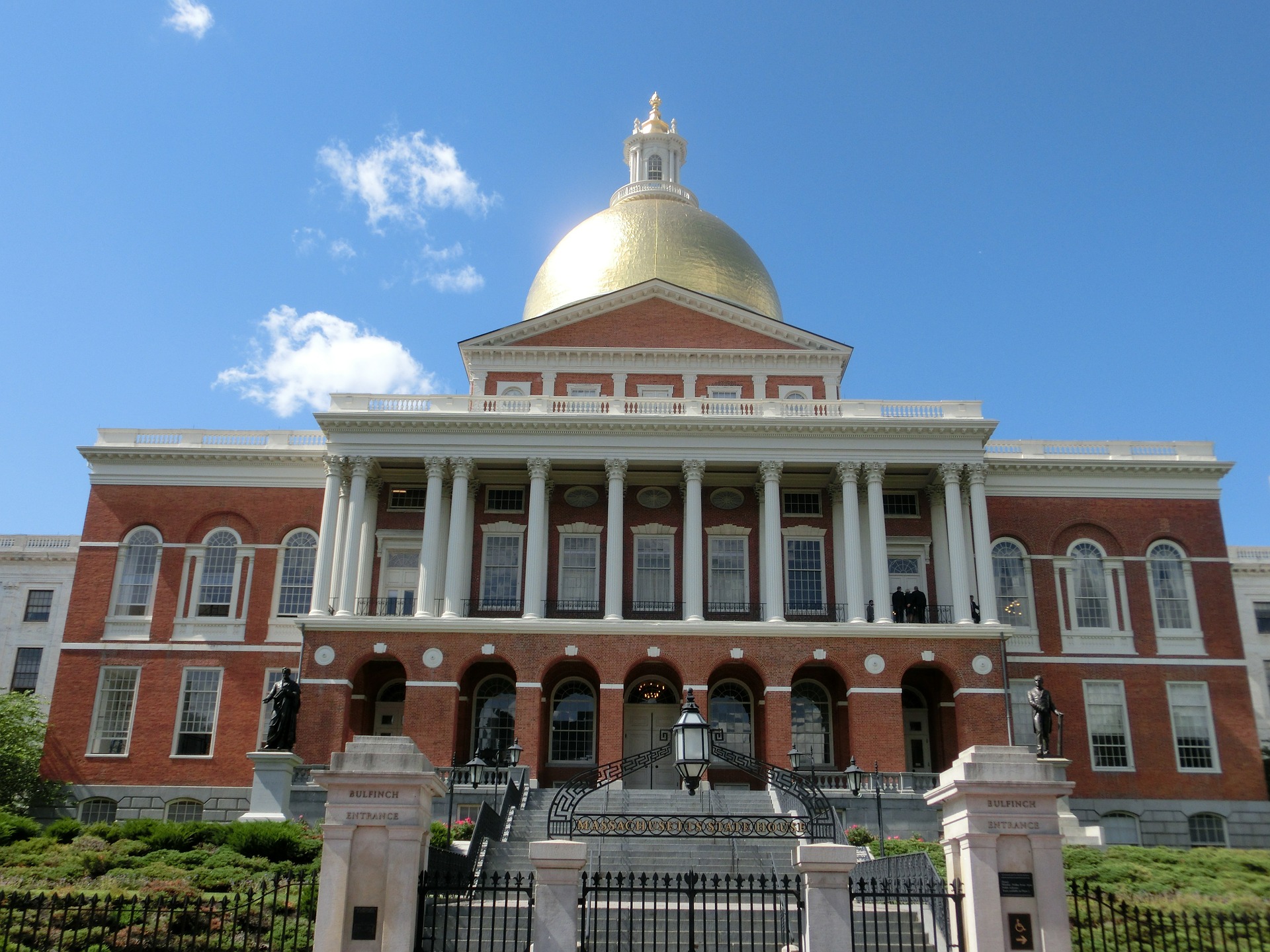 The various bills have been edited and re-filed and will be heard at a public hearing on April 9. Both in testimony to the Joint Committee on Higher Education and on this blog we laid out concerns with the previous versions of these bills, having to do with lack of transparency, notice, and ensuring that complaining and responding students had access to the same resources.

The new versions of these bills incorporate some of the suggestions we and other advocates made at the time of the last hearings but add new provisions that would dramatically alter how campus sexual assault cases are handled. In this post, we review some highlights and major changes in the most comprehensive bills to be considered, H. 1209 and S. 764. In our next post, we will take a look at some of the other proposed bills that will be heard on April 9.

S. 764 and H. 1209, which overlap substantially, are primarily focused on educational institutions’ policies and practices for addressing dating violence, domestic violence, sexual assault, and stalking (collectively, sexual violence). Many of the provisions in these bills track and complement the requirements of the federal Clery Act and its regulations.

The Clery Act and regulations require educational institutions to track and disclose crime and security information, as well as disclosing their policies and procedures for addressing sexual violence. The Clery regulations also require schools to include provisions in their sexual misconduct policies that allow a complainant or respondent to have any advisor of his or her choice – including an attorney –accompany him or her throughout the process. The regulations also require schools to give participants in the process timely access to evidence and equal opportunities to participate in the process. (For a further discussion of the Clery Act, see our previous posts on the topic.)

Both the House and Senate bills include some elements very similar to the Clery regulations, but with significant additions or changes. Under either bill, respondents would have to be given notice at the start of a disciplinary process including “the date, time and location, if known, and a summary of the factual allegations concerning the [alleged] violation.” This is a useful start, but different institutions have very different ideas of what a summary of the facts may be; some give little more than a general description of the allegation (“sexual assault”) while others give enough detail for the respondent to understand the nature of the allegations. An effective summary of the allegations should describe the actions a student is alleged to have taken, and which specific provision(s) of the school’s policy those actions allegedly violated.

Both bills require specific training for those assigned to investigate sexual violence allegations. Training is important, but some versions of the trauma-informed training that the bills mandate has been criticized for being based on dubious science and, in some cases, biased against respondents. There are a wide variety of practices that fall under the umbrella of “trauma-informed training,” and it is important to distinguish those that facilitate the unbiased gathering of information with the least negative impact on students who may have experienced trauma, from practices that instruct investigators to place the burden of proof on the responding student to disprove the complainant’s account, or encourage investigators to ignore or explain away evidence that may call into question a party’s credibility. The legislature should make clear that while confidential resource advisors must be educated on trauma and how best to support students who have experienced it, investigators and adjudicators must be trained to conduct investigations that do not cause unnecessary emotional distress or further trauma to either student, but to remain fair and unbiased in seeking out relevant evidence.

Both bills would also require each school to maintain at least one “confidential resource advisor” to help students navigate the process and inform them of their rights, campus and community resources, and possible accommodations they can seek from the school. The bills would also create a new privilege that would protect the communications between a student and his or her confidential resource advisor. While the language concerning the privilege could be clarified in a few ways, it is important for students making or facing allegations that could be criminal in nature to be able to speak freely with someone without potentially compromising their rights or the options open to them. However, the Senate bill would make a confidential resource advisor available to any student, whereas the House bill would only allow complainants to consult them. Particularly in light of Title IX requirements of an “equitable” process for resolving sexual misconduct allegations, it is unfair and unacceptable for a school to give one party access to resources that are not available to the other party. Accordingly, the Senate bill has the right approach on this point.

Neither bill defines the terms “dating violence, domestic violence, sexual assault, and stalking,” instead leaving it up to each school to define those terms for itself, consistent with “applicable federal definitions.” The bills do not specify what federal definitions schools must comply with; whether it is those in federal law, federal case law, or federal regulations and guidance documents. Because schools are not required to have consistent definitions of the relevant terms in their policies, the data these bills require schools to collect and submit will not be comparable, making it difficult for the state to use the data to assess how different schools are complying with the law. The legislature should provide a single, uniform definition of the terms it uses so that schools and students are given clear notice of what these policies must address.

The House bill also contains certain items that are absent from the Senate bill. The House bill requires a school to disclose the standard of evidence it will use to evaluate a complaint and to adopt and disclose a policy against retaliation for reporting, or participating in an investigation of, sexual violence. Both of these are positive and are similar to portions of the Clery regulations. The House bill would mandate that schools’ sexual violence policies provide “that the reporting party and the responding party shall not be allowed to directly question each other during disciplinary proceedings” – which is ambiguous and confusing. The Department of Education’s (now-rescinded) 2011 Dear Colleague Letter discouraged cross-examination between the parties to a sexual misconduct proceeding, in order to avoid a “traumatic or intimidating” experience for alleged victims; as a result, many schools prohibited cross-examination entirely or sharply limited it, which some courts considered fundamentally unfair. The Department of Education has more recently moved to require an opportunity for cross-examination, and has proposed in draft regulations that an advisor conduct such cross-examination on behalf of each party. Some form of cross-examination is often critical to an even-handed and fair determination of sexual misconduct cases, so the drafters should amend this provision to explicitly provide a right to indirect cross-examination in a meaningful way that acknowledges the complex emotional dynamics often at play in these matters.

The Senate bill incorporates a requirement that schools conduct climate surveys, as do two free standing bills, one in the Senate and one in the House. Notably, these three bills use a novel definition of sexual misconduct: “without limitation, an incident of sexual violence, dating violence, domestic violence, gender-based violence, violence based on sexual orientation or gender identity or expression, sexual harassment and stalking.” This definition, which includes non-sexual forms of harassment, is not consistent with how most schools currently define sexual misconduct, and schools may need to dramatically broaden the scope of their sexual misconduct policies to allow them to track incidents of harassment based on gender, sexual orientation, or gender identity.

Finally, the Senate bill notes that schools should develop their policies with input from both internal and external entities, and lists various entities, including rape crisis centers and law enforcement, who could be consulted. As we suggested two years ago when similar bills were pending, schools should be encouraged to consult with criminal defense lawyers, civil rights lawyers, and students’ rights lawyers to ensure that the policies comply with legal requirements of due process and procedural fairness, and that responding students’ rights are protected.

This pair of bills could benefit from clarifying certain areas, including the definition of sexual harassment, and how cross-examination would work under these procedures. The bills should also ensure that the procedures they set forth are consistent with the growing body of judicial opinions clarifying the process due to accused students in campus sexual assault proceedings and should encourage schools to consult with legal experts to ensure the policies provide procedural protections to all students involved.