On August 6, 2019, the U.S. Court of Appeals for the First Circuit released a decision that 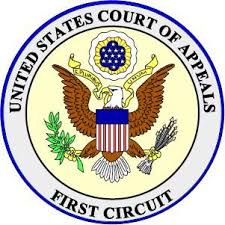 strengthens the due process requirements applicable to discipline at state universities, but does not go as far as other courts such as the Sixth Circuit, which has forcefully affirmed a due process right to cross-examination on issues of credibility. In Haidak v. University of Massachusetts-Amherst, the First Circuit largely found the University of Massachusetts-Amherst (UMass) procedures adequate as they were applied in the specific case before it, but adopted a requirement for some form of real-time cross-examination sufficient to address the key facts and issues in a student’s case. The court also emphasized the need for a state college to provide a student with due process for even an interim suspension – and only in the case of a real emergency can that process occur after the suspension.

The plaintiff, James Haidak, and his then-girlfriend Lauren Gibney were both UMass students studying abroad in Barcelona in 2013. There was a physical altercation between them; Gibney said Haidak attacked her, while he asserted that he was defending himself while she was trying to hit and kick him. Gibney complained to UMass, which started a student conduct case against Haidak and imposed a no-contact order between the two. However, despite the no-contact order, Haidak and Gibney continued to have frequent, consensual contact and maintained a relationship over the summer. After learning that Haidak was contacting Gibney, UMass waited 19 days, then issued a second charge against Haidak: for harassment and failure to follow the no-contact order. Less than a week later, Gibney and her mother reported that there was continued contact between Haidak and Gibney. UMass waited another 13 days, then issued another charge against Haidak for harassment and breaking the no-contact order and summarily suspended him. Although Haidak submitted his side of the story (including that the contact with Gibney was mutual and welcome), UMass continued the summary suspension without investigating further. Once it became clear that UMass was not going to schedule a hearing until well into the fall semester, Haidak withdrew for the term.

The university convened a hearing panel, mostly consisting of students, at which Gibney was present and Haidak participated by phone. Some of the evidence Haidak wanted to present, such as Gibney’s testimony in seeking a state-court restraining order, was excluded from the hearing panel. Neither Haidak nor his attorney was allowed to cross-examine Gibney directly; while he submitted questions for the hearing panel in advance, a dean withheld 20 out of 36 proposed questions, and the panel did not ask the remaining questions as written. The panel questioned Haidak and Gibney each three times. Ultimately, the panel found Haidak not responsible for some of the more serious charges (endangering behavior and harassment) but found him responsible for physical assault and violating the no-contact order. As a result of the findings, UMass expelled Haidak.

At least since 1988, it has been well established in the First Circuit that a state university must provide a student with due process under the Fourteenth Amendment before imposing suspension or expulsion. While the school does not have to use the same rules as a court of law, it does have to give the student adequate notice and a meaningful opportunity to be heard before making a disciplinary decision.

With regard to Haidak’s summary suspension, the court ruled in Haidak’s favor. First, Haidak had no chance at all to challenge his suspension before it was imposed. While it can be permissible in exigent circumstances to take interim measures and then provide a prompt opportunity to be heard, the First Circuit found no such exigency when UMass waited thirteen days from Gibney’s last complaint before suspending him. Even though Haidak had a chance to be heard two days after the suspension, that was too late. And the process was insufficient, characterized by the First Circuit as an “informal interview” that did not address or resolve the key factual issues that led UMass to impose the summary suspension. Ultimately, Haidak was suspended for what turned out to be five months without UMass making any attempt to investigate whether the school was warranted in suspending him before reaching a decision on the merits of the disciplinary charges against him. Because such an interim suspension can only be justified if a student is dangerous or threatens to disrupt the learning environment, the court ruled that UMass had deprived Haidak of his constitutional due process rights in suspending him pending a hearing.

Haidak had less success in challenging the hearing process leading to his expulsion as a violation of due process. The First Circuit brushed aside Haidak’s complaints that UMass had kept relevant evidence from the hearing panel for two main reasons. The first might be described as a lack of prejudice – the panel heard enough evidence to get the main points Haidak was trying to get across, and in any case acquitted him of the charges to which that evidence was most relevant. So, for instance, Haidak wanted to introduce a transcript of Gibney’s court testimony in part to show that she had “tried to mislead the state court on what transpired over the summer” and therefore should not be believed, but Gibney admitted to the hearing board that she had had consensual contact with Haidak after the no-contact order – the key fact she had “minimized” in court.

Second, the First Circuit analyzed the proffered evidence under the Federal Rules of Evidence and stated that it could have been excluded if it had been offered in court. And since university hearings are not subject to strict rules of evidence, UMass had more leeway than a judge would have in determining what evidence to accept. Accordingly, the court held that it cannot be faulted for a decision consistent with those rules. Paradoxically, by simultaneously applying evidentiary rules and relaxing them, the court is effectively inviting students involved in disciplinary processes at public universities both to make legal arguments about the rules of evidence and to make policy or practical arguments about whether or how to deviate from those rules in a given situation – both complicating the decisions university administrators have to make and making it more difficult to hold them accountable for the ways they exercise their discretion.

Perhaps the most critical aspect of the Haidak decision is the court’s discussion of cross-examination in the context of due process. Rather than examining the university hearing against the familiar benchmark of a civil or criminal court case, the First Circuit understood the UMass process as more like an inquisitorial system, used in civil-law jurisdictions and some administrative matters, where the university took on the responsibility of investigating the facts, questioning witnesses directly, and developing arguments for and against responsibility. In this context, the First Circuit did not view direct cross-examination as essential to due process. It was particularly skeptical that cross-examination by students would assist the truth-finding endeavor; although it recognized the benefits of examination by trained lawyers, the court did not want to mandate mini-courtrooms with active participation of counsel. However, the court did require some “mechanism for confronting the complaining witness and probing his or her account.” The court expressed agreement with the Foundation for Individual Rights in Education’s position that due process must involve “some opportunity for real-time cross-examination, even if only through a hearing panel.” It also endorsed the Sixth Circuit’s holding that a disciplinary decision reached without “any [live] examination before the factfinder” would be unacceptable. But the First Circuit refused to go as far as the Sixth Circuit, which has required in-person cross-examination by a party or his or her representative in order to satisfy due process where a witness’s credibility is critical to the university’s decision. Instead, the First Circuit held that, if a public university denies a student the ability to directly question witnesses, it must ensure “reasonably adequate questioning” before the factfinder that “reasonably probe[s] the testimony tendered against the [accused] student.”

In Haidak’s case, the court found the disciplinary process barely sufficient. While it faulted several decisions of UMass that could have led to an inadequate hearing, it determined that the hearing panel did a sufficient job of questioning Gibney and eliciting the key information that Haidak wanted to introduce. And based on its inquiry and the evidence before it, the panel cleared Haidak of some of the charges. Thus, the court concluded that, on the whole, the hearing was “reasonably calculated to get to the truth” because Haidak had a chance to be heard after Gibney testified, and the panel’s questioning was “reasonably calculated to expose any relevant flaws in [Gibney’s] claims.”

While Haidak did not prevail on this issue, the First Circuit’s holding should put state schools within its jurisdiction on notice of what due process requires in disciplinary procedures. Many such universities rely on a “single investigator” model without any live hearing at all. If an investigator fails to probe witnesses’ accounts sufficiently, or passes over lines of inquiry that are suggested by the accused student or reasonably should be pursued, the school risks violating the accused student’s constitutional rights. And at some institutions, the factfinder or decision-maker never even meets the involved students face to face – that is clearly precluded under the Haidak court’s endorsement of the Sixth Circuit analysis on that point.

State universities should reassess their processes with Haidak in mind. By denying accused students the ability to cross-examine their accusers (either personally, through an advisor, or through a panel that is required to ask the parties’ questions as written and ask any follow-up questions the parties may have), these schools are proceeding at their peril. The First Circuit has mandated that they implement adequate alternatives to reasonable cross-examination. In practice, few alternatives will pass muster in all cases. State universities in the Sixth Circuit have implemented cross-examination; schools in the First Circuit would do well to study their examples and integrate some meaningful form of direct or indirect cross-examination into their policies.

If you need to speak to a lawyer about a Title IX sexual assault or sexual harassment matter, please call Zalkind Duncan & Bernstein LLP at (617) 742-6020.