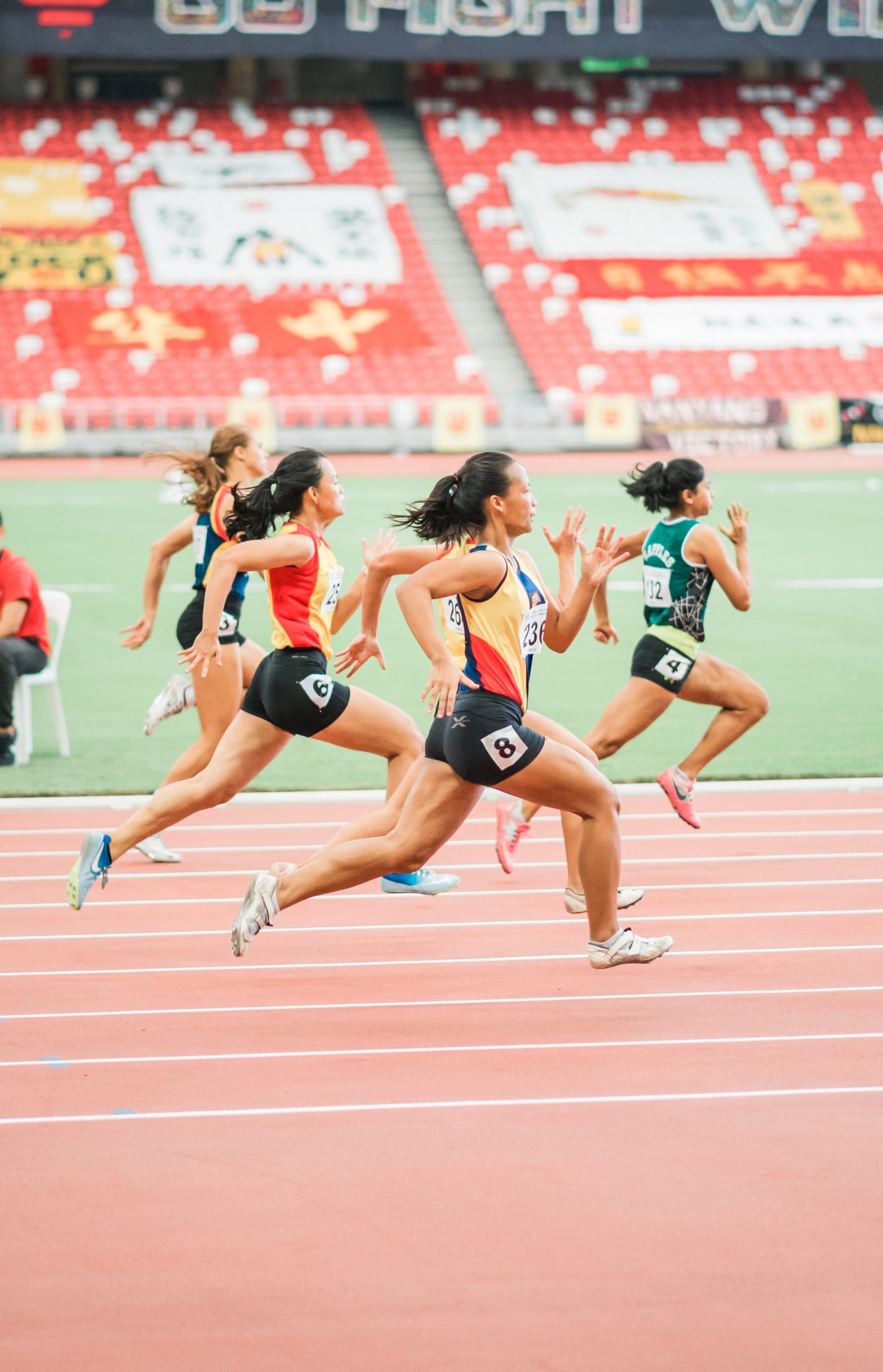 Last month, the U.S. Department of Education (DOE) issued a letter to the Connecticut Interscholastic Athletic Conference (CIAC) and a number of Connecticut schools notifying them that their policy allowing transgender student athletes to play sports on the team that corresponds with their gender violates Title IX, and giving them until June 4 to come into compliance with the law. The DOE’s interpretation of how Title IX applies to transgender students is an about-face from previous interpretations it has issued, and from the interpretation many courts have given to Title IX.

As I described last year, an advocacy organization purporting to focus on religious liberty issues (the Alliance Defending Freedom (ADF))  filed a complaint with the DOE arguing that cisgender female athletes in Connecticut were being discriminated against under Title IX—the federal statute that prohibits sex-based discrimination in schools—because transgender female athletes were permitted to play on girls’ sports teams. The ADF has filed numerous such complaints and lawsuits arguing that when schools refuse to discriminate against transgender students, they are discriminating against cisgender students.

While the students’ complaint was pending with the DOE, they also filed a federal lawsuit, making the same arguments they made to the DOE: that Connecticut’s policy allowing transgender female athletes to compete on girls’ sports teams constituted sex discrimination against cisgender female athletes. Two transgender student athletes sought, and were allowed, to intervene in the case to argue that if the plaintiffs’ relief was granted, and they were prohibited from participating in girls’ sports, it would constitute sex discrimination against them.

Two branches of the federal government have now weighed in in favor of the cisgender girls claiming the policy discriminates against them. In March, the U.S. Department of Justice (DOJ) sought to intervene in the court case on the grounds that it “has a significant interest in the proper interpretation of Title IX.” The “proper interpretation,” according to the DOJ, is one in which the term “sex” applies to two binary categories of “male” and “female” and therefore “the prohibition on “sex” discrimination does not extend to discrimination on the basis of transgender status or gender identity.” The DOJ further argues that requiring transgender athletes to compete on teams that do not correspond to their gender doesn’t discriminate against one sex or the other because “biological males with a female gender identity are exposed to the same conditions as similarly situated biological females with a male gender identity.”

In April the defendant school districts moved to bring the DOE into the lawsuit, arguing that the DOE is the department tasked with interpreting Title IX, and to the extent the federal government has an interest in this case, it is the DOE who should be involved. On May 15, 2020, shortly after the school districts sought to bring the DOE into the court case, the DOE  issued a “letter of impending enforcement action,” in the administrative case, finding that the actions of the Connecticut school districts and the Connecticut Interscholastic Athletic Conference (CIAC) violated the regulations implementing Title IX because they “resulted in the loss of athletic benefits and opportunities for female student athletes.” The letter states: “[T]he CIAC, by permitting the participation of certain male student-athletes in girls’ interscholastic track in the state of Connecticut, pursuant to the Revised Transgender Participation Policy, denied female student-athletes athletic benefits and opportunities, including advancing to the finals in events, higher level competitions, awards, medals, recognition, and the possibility of greater visibility to colleges and other benefits.”

In concluding that the inclusion of transgender athletes violated the rights of other student athletes, the DOE mis-gendered trans female athletes as “male,” and therefore found that “[t]he athletic events in which the female student-athletes competed were coeducational; female student-athletes were denied the opportunity to compete in events that were exclusively female, whereas male student-athletes were able to compete in events that were exclusively male.” This framing of the issue is disingenuous. First, of course, the DOE had to misgender the athletes in question to make the claim that their presence on the sports teams makes the teams “coeducational.” Second, the policy that allowed the athletes in question to compete on the team that matched their gender is universal; it allows trans male athletes to compete on boys’ teams just as it allows trans female athletes to compete on girls’ teams. Both girls’ teams and boys’ teams can therefore be made up of all types of girls and boys, including both cisgender and transgender students. The letter repeatedly states that male students in Connecticut compete only against other male students, but never provides any data or support for the assumption that there are no transgender male athletes competing on boys’ teams in Connecticut. Presumably the DOE, and even the school districts, would not necessarily know the gender identity of all of Connecticut’s student athletes.

The executive branch’s new interpretation of Title IX, which relies on ignoring transgender students’ gender and instead focusing on their sex assigned at birth, directly contradicts its previous interpretations of Title IX. As long as ten years ago the DOJ sought to intervene in another lawsuit against a public school district that alleged that the school district violated Title IX’s prohibition on sex discrimination when it ignored harassment based on a student’s gender expression. In that case, the DOJ sought to intervene on behalf of the student who was being targeted for not conforming to gender stereotypes about how he should dress or act. As the defendant school districts in this lawsuit point out in their pleadings, in 2016 the DOE and DOJ jointly issued a guidance letter stating that discrimination based on transgender status constitutes sex discrimination under Title IX. The letter explicitly stated “[w]hen a school provides sex-segregated activities and facilities, transgender students must be allowed to participate in such activities and access such facilities consistent with their gender identity.” While the Trump administration withdrew this guidance, it did not replace it with any other guidance explaining how the department interpreted the term “sex” under Title IX. After consistently interpreting the term “sex” in Title IX to include gender identity and gender expression, the federal government has done an about-face in now interpreting “sex” to mean “sex assigned at birth.”

The executive branch’s new interpretation of “sex” also contradicts a growing body of case law from various federal courts that have held that Title IX prohibits discrimination on the basis of gender identity. I identified many of these cases in my previous post on this issue, and they include decisions from federal courts of appeals in the Seventh, Sixth, and Eleventh Circuits as well as federal district courts, including the District of Connecticut, where the current case is being litigated. (As a side note, the Supreme Court is set to decide two cases this month that address the meaning of “sex” under Title VII, the federal law prohibiting employment discrimination. The outcome of those cases will likely impact how federal courts interpret the same language in Title IX going forward.) With respect to the ADF Connecticut case, the school districts are also bound by a Connecticut law that requires schools to allow students to participate in all activities without discrimination on the basis of gender identity.

What will a court do when the school districts challenge the DOE’s decision—as I assume they will? A number of courts have already reviewed whether the DOE’s previous interpretation of the word “sex” under its Title IX regulations was appropriate, back when the agency interpreted “sex” to include gender identity and interpreted Title IX to prohibit discrimination against transgender students. As those courts noted, where a statute is ambiguous, a court will give deference to the interpretation of the agency charged with enforcing the statute as long as that interpretation is not plainly wrong or inconsistent with the statute (“Auer deference”). In these prior cases, including one opinion by a federal circuit court, courts found that the DOE’s interpretation of “sex” as including “gender identity” was entitled to deference. Now that DOE has done an about-face, deciding that trans’ athletes “sex” under Title IX corresponds to their sex assigned at birth, not their gender, will the new interpretation be entitled to any deference?

If you or your child has been discriminated against at school because of gender, sexual orientation, or gender identity, please contact our students’ rights lawyers at (617) 742-6020.