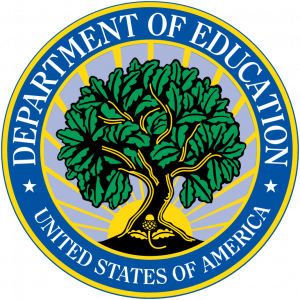 In a previous post, I discussed a confusing provision of the new Title IX regulations that prohibits decision-makers from considering statements by parties or witnesses who do not undergo cross-examination at the live hearing. One question that this provision has raised is what happens when the respondent’s statements are the harassment at issue? For example, in a quid pro quo harassment case if a professor e-mails a student saying “if you sleep with me I will give you an A,” and then refuses to undergo cross-examination, do the regulations prohibit the decision-maker from considering the e-mail as evidence? In a hostile environment case, if a student sends sexually harassing text messages to another student, will those messages be excluded if the respondent does not submit to cross-examination?

The preamble to the new regulations says the word “statements” has its ordinary meaning (whatever that may be), but does not include evidence that “do [sic] not constitute a person’s intent to make factual assertions.” The regulations themselves provide no explanation of what statements count as “statements” under the regulation, and the preamble does not explain how to determine what evidence constitutes an intent to make factual assertions. This portion of the preamble seems to be a botched attempt to create something analogous to the evidentiary rules on hearsay, which define hearsay at out of court statements admitted “for the truth of the matter asserted.” Under the federal and state rules of evidence, if a party introduces an out of court statement for a reason other than to prove the truth of what is asserted in the statement, it is not hearsay, and is therefore admissible. The rule of evidence focuses on how the party trying to admit the statement wants to use it; the Title IX regulation focuses on the intent of the speaker of the statement when the statement was made.

What if Student A posts flyers all over the school saying Student B engaged in sex acts with Student C? Is that statement intended to be a factual assertion? Does it matter if Student A believes the statement to be true, or if Student A is intentionally making up the story to harass Students B and C? If Student A refuses to submit to cross-examination are the flyers then inadmissible?

The Office for Civil Rights (OCR) has posted a blog post (the authoritative weight of which is unclear) attempting to clarify this question. According to OCR’s blog, under the definition of “statements” in the preamble, decision-makers can rely on a description of the respondent’s statements where the statements themselves are part of the harassment. The blog post—apparently attempting to make the language of the regulation more in line with the rules of evidence—adds a requirement that for something to be a “statement” under the rule it must be “the making of a factual assertion to prove or disprove the allegations of sexual harassment.” While the blog post language would narrow the scope of statements that must be excluded if the speaker does not submit to cross-examination, that language is nowhere in the regulation itself or the preamble to the regulation. Will a court give deference to an interpretation of the regulation that is inconsistent with the plain language of the regulation itself, and that is expressed in an agency blog post?

In the blog post attempting to clarify this provision OCR emphasizes that the decision-maker can rely on other people’s descriptions of the respondent’s statements; it does not address whether the statement itself—if available—can be relied on. To the extent the statement itself is the alleged harassment, the language of the preamble would indicate that if the speaker intended to make a factual assertion, it is a “statement” that cannot be considered; if the speaker did not intend to make a factual assertion it is not a “statement” and therefore can be considered. The fact that OCR’s attempt at clarification does not address the basic question of whether the statements themselves can be relied on, and instead discusses whether descriptions of those statements can be relied on, raises more questions than it answers.

This post is part of multi-part series by Zalkind Duncan & Bernstein’s Title IX team analyzing the significant revisions to the U.S. Department of Education’s Title IX regulations that were issued in May 2020 and are intended to take effect on August 14, 2020, which can be found here. Links to our other posts in this series can be found here.

If you are involved in a Title IX proceeding at your school, college, or university, and would like to speak to one of our Title IX lawyers about your case, please contact us at (617) 742-6020.