Whether you are heading off to your first year of college, or are returning for your fourth (or sixth, or ninth) year of higher 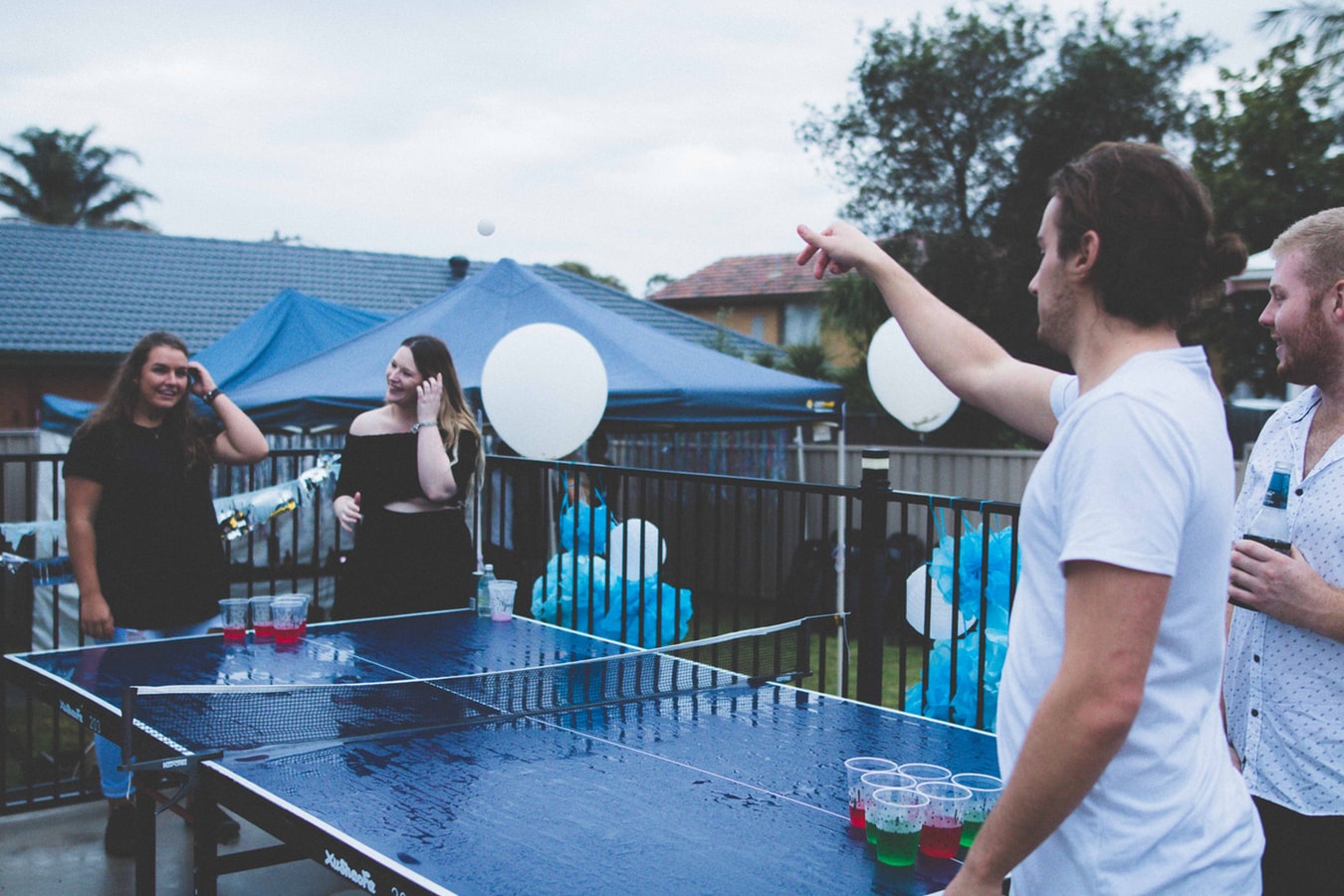 education, you are likely aware that sexual assault prevention is a big issue on college and university campuses today. We represent students—both those who have experienced sexual assault or misconduct and those accused of sexual misconduct—in campus proceedings at colleges and universities around the country. Here is some information that all students should know before heading back to campus.

In practice, what that means for your school is that it is obligated to address complaints of sexual harassment, dating violence, and sexual assault if it learns of them. Almost every school has set up a Title IX office solely to address these kinds of complaints. The job of this office is to resolve those complaints – which often but not always entails a disciplinary process against the accused student.

What Do I Need to Know About My School’s Title IX Policy Before I Get to Campus?

Before heading to school, it is a good idea to look at how your school defines certain things, so that you know what behavior is permitted and what is prohibited. Things to look at include:

How Does Your School Define Consent?

Many schools now use an “affirmative consent” standard, which means that the school only considers sex acts consensual if there is “explicit, informed, and voluntary agreement” to each act. How that definition is used in practice varies from school to school – but at a minimum it means that when you engage in sexual activity with another person you have to get some kind of verbal or non-verbal indication that your partner is consenting to each act that you do together. You cannot assume you have consent absent your partner’s clear and affirmative indication. At many schools, a lack of objection isn’t enough, on its own, to indicate affirmative consent.

How Does Your School Treat Sex While Intoxicated?

Schools have different definitions of how drunk someone can be and still consent to sex. While some schools use the term “incapacitated” to define the line at which consensual drunk sex becomes non-consensual assault, others simply say “intoxicated,” a much lower level of drunkenness that is not easily defined.

Most school policies state that being incapacitated by drugs or alcohol does not relive a person of responsibility to get consent for sexual activity. Therefore, even if a student is so drunk as to not be in control of his or her actions, he or she can still be accused of and disciplined for sexual assault. Schools’ practices around addressing sexual misconduct cases involving drugs and alcohol can be complicated; we have had many clients involved in cases where both parties were so drunk they may have been incapacitated, and the school must then determine whether either or both students sexually assaulted one another.

How Does Your School Define Dating Violence?

An area of Title IX enforcement that has not gotten as much media attention as college sexual assault is campus prohibitions on dating violence. Most schools have a section in their policies dealing with domestic violence (between people who live together), and dating/intimate partner violence (between people with a dating or sexual relationship). These policies can vary enormously from school to school, and can be quite broad. Many policies prohibit physical, sexual, emotional, and psychological violence against a current or former partner.  So, for example, one school defines psychological violence to include “intimidation, economic control, manipulation, humiliation, isolation, coercion, and/or threat of harm to one’s self, an intimate partner, or the family members, friends, pets, or personal property of an intimate partner.” The concepts of emotional and psychological harm can be both vague and broad, so it is important to look at the examples your schools gives to understand what it will consider to be relationship violence. For example, some school policies list as examples of relationship violence: making you feel like you are walking on eggshells, knowingly exposing someone to an STI without their knowledge, progressive social isolation, or dictating how a partner dresses.

What Happens During a Disciplinary Proceeding?

Most schools use one of two models to address complaints of sexual misconduct. In a “single investigator” model an investigator (either a school administrator or an outside person hired by the school) interviews the parties and the witnesses, and reviews relevant evidence and then comes up with a report and recommendation as to whether a student violated the policy. In a hearing model the parties and witnesses all appear before a panel of students, faculty, or administrators from the school, and present their testimony and evidence live. Sometimes schools combine the two approaches and have an investigation first, and then a hearing where the investigator’s report is presented to a panel.

Often when a school starts an investigation it will issue a no-contact order between the complainant (the person who says they have experienced sexual harassment or assault) and the respondent (the person being accused of harassment or assault). In addition to directing the parties not to communicate with each other (either directly or indirectly), it may list buildings on campus the respondent cannot enter or require the respondent to stay a certain distance from the complainant. If the parties share classes or live in the same dorm, the school may change one party’s schedule or housing so the two are no longer near each other. Violation of the order by either party is a separate disciplinary offense that the school can investigate and discipline a student for, so it is critical to understand the order and follow it.

What are Interim Measures?

Schools often provide “interim measures” to the complainants (and less frequently, respondents) involved in Title IX processes. These include things like: extensions on schoolwork, excused absences from class, mental health and therapy services, and changes to housing and class schedules of one or both parties. Schools may decide even without a request from the parties to impose interim measures that remove the respondent from his/her housing or certain classes. If you become involved in a Title IX process and need accommodations to your academic program or housing, you can ask the Title IX office to provide you with interim measures.

Are these Processes Confidential?

Most schools say that they make efforts to keep disciplinary proceedings confidential. Each school has different rules regarding confidentiality, so if you find yourself involved in a sexual misconduct proceeding (either as a complainant or respondent), it is important to understand what your school’s confidentiality provisions mean.

In the context of a Title IX matter, retaliation refers to someone taking harmful action against another person because that person has made a complaint or participated in an investigatory or disciplinary process. Retaliation is prohibited by school policies, and generally constitutes a separate offense that the school can investigate and discipline a student for. Both complainants and respondents can be the subjects of retaliation for their participation in school processes.

What Rights do Students Have in School Title IX processes?

Both complainants and respondents have certain rights under the law during this process that are aimed at ensuring that the process is “prompt, fair, and impartial”:

In addition to these rights, and any rights provided by laws specific to your state, your school must follow its own policies and procedures in handling the case. If you attend a public school, you have a right to due process in any proceeding against you. In the last few years courts have been increasingly called on to determine what procedural protections are necessary for a school Title IX process to be considered fair or in compliance with due process requirements. The law in this area is therefore constantly being contested and changing; some courts have held that at public schools students must have the opportunity to cross-examine the other party, other courts have addressed how detailed the notice of charges must be. In addition to reviewing your school handbook, it may be important to talk to a lawyer to understand where the law stands in your state, and what rights you may have as a student involved in one of these proceedings.

What if the Complainant Doesn’t Want There to be a Disciplinary Process?

Complainants should be able to get help and support from their schools without filing formal charges. However, most schools believe they have an obligation to investigate allegations of misconduct whether or not the complainant wants them to. If the school knows who the respondent is, it may decide to institute formal proceedings even if the complainant asks it not to. Similarly, although a school may take into consideration a complainant’s request to stop an investigation or adjudicatory process after it is underway, schools often feel obligated to complete the entire disciplinary process. The most recent guidance from the federal Department of Education makes clear that schools can pursue informal resolution of complaints, but we have not seen many schools update their policies to reflect that guidance.

Do I Need a Lawyer?

While most schools do not allow lawyers to argue students’ cases for them, they do allow lawyers to serve as advisors to both complainants and respondents. In our experience, lawyers can be critical to helping students successfully identify the issues in their cases and effectively present them to the people making decisions. For example, our lawyers can help students:

In addition, where the conduct either party has engaged in may violate criminal laws, a criminal defense lawyer is critical to ensuring that your participation in the school process does not increase the risk that you will be criminally prosecuted, or make it more likely that you will be found guilty in a criminal court.

Finally, if your school fails to provide you with a process that meets the legal standards set out by federal regulations and state and federal courts, a lawyer can help you vindicate your rights in court.

Your school expects you to know the school policies, to understand what behavior the school does and does not permit, and to abide by their rules. Your relationship with your school provides you with both rights and obligations; and you are entitled to assert those rights both within the school and through the legal system if the school engages in a process that does not respect them.

This post was updated in August 2019 to reflect the current state of the law and federal guidance surrounding Title IX.

If you need to speak to a lawyer about a campus sexual assault matter, please contact our Title IX lawyers at (617) 742-6020.