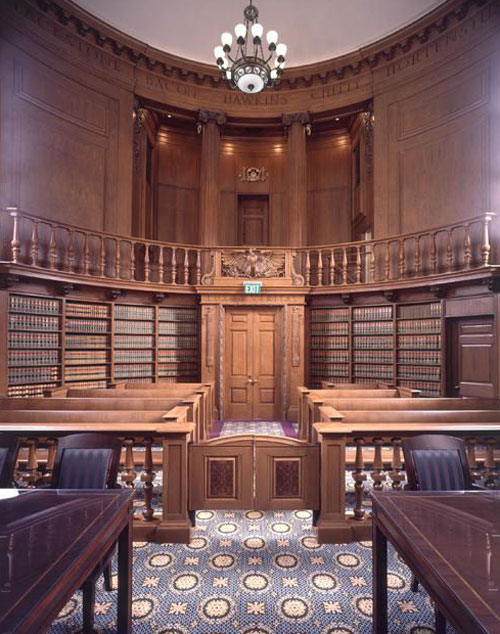 Over the past year, The Boston Globe has challenged the secrecy of these hearings and the decisions made in these hearings, publishing a series of articles about lack of transparency and arguing in court that the public should get access to records of hearings in which a clerk magistrate finds probable cause to believe a crime has been committed, but declines to issue a criminal complaint. Under current state law when a clerk magistrate does not find probable cause, the application for the criminal complaint and related records must be kept separate from public court documents and destroyed after a year. When probable cause is found and a complaint is issued, those records become part of the public criminal case file and can be accessed through a public records request. The law does not make clear what happens to records if probable cause is found, but no complaint issues.

On May 7, 2019, the Supreme Judicial Court (SJC) heard oral arguments in Boston Globe Media Partners, LLC v. Chief Justice of the Trial Court. The Globe argued that the public should get access to records of hearings in which a clerk magistrate has found probable cause to believe a crime has been committed but declines to issue a criminal complaint. According to the Globe, no court rules of law protect the privacy of this information. The Globe does recognize that the magistrate should retain discretion to impound records if the accused makes such a request.

Local legal services and advocacy groups, including Greater Boston Legal Services, Harvard Defenders and the ACLU of Massachusetts, have weighed in on the case on the side of the Trial Court. They argue that shifting the burden to the accused to impound the records goes against the purpose of show cause hearings to weed out minor complaints that should not be considered criminal. If the records remain public, even if a criminal complaint is not issued, the stigma of being the subject of even a potential criminal complaint can carry unwarranted collateral consequences.

During oral argument, the SJC seemed concerned with the distinction, if any, between grand jury proceedings, which are not public, and clerk magistrate hearings. Chief Justice Gants questioned whether public access to the records the Globe was seeking could harm individuals, just as criminal records are sometimes used against individuals seeking housing or employment. In addition, Justice Gants was concerned that the Globe’s proposed rule would place the burden on the accused—who often attend such hearings without attorneys—to request that records be impounded. The Justices also focused on what standard a clerk magistrate would use to determine whether records should be impounded at the request of the accused.

The Justices also wrestled with the scope of a clerk magistrate’s discretion generally and whether accountability measures could be put in place for such hearings. The Trial Court convened a working group to propose changes to the process in light of this case and during oral argument advanced the working group’s suggestion that the clerk magistrate be afforded discretion to make records public if it is in the public interest. The Justices questioned what the standard would be for making that determination whether it would actually create more transparency.

Any decision the SJC makes may quickly be superseded by changes to state law. The State Legislature has put forward a pair of bills that propose a rule similar to what the Globe has proposed and call for more transparency in the clerk magistrate process. The bills would make any show cause hearing presumptively public while allowing the clerk to impound records at the request of the accused.

We will be closely monitoring the ongoing conversation surrounding show cause hearings. If you are looking for representation at a show cause hearing, please contact our criminal defense attorneys at 617-742-6020.