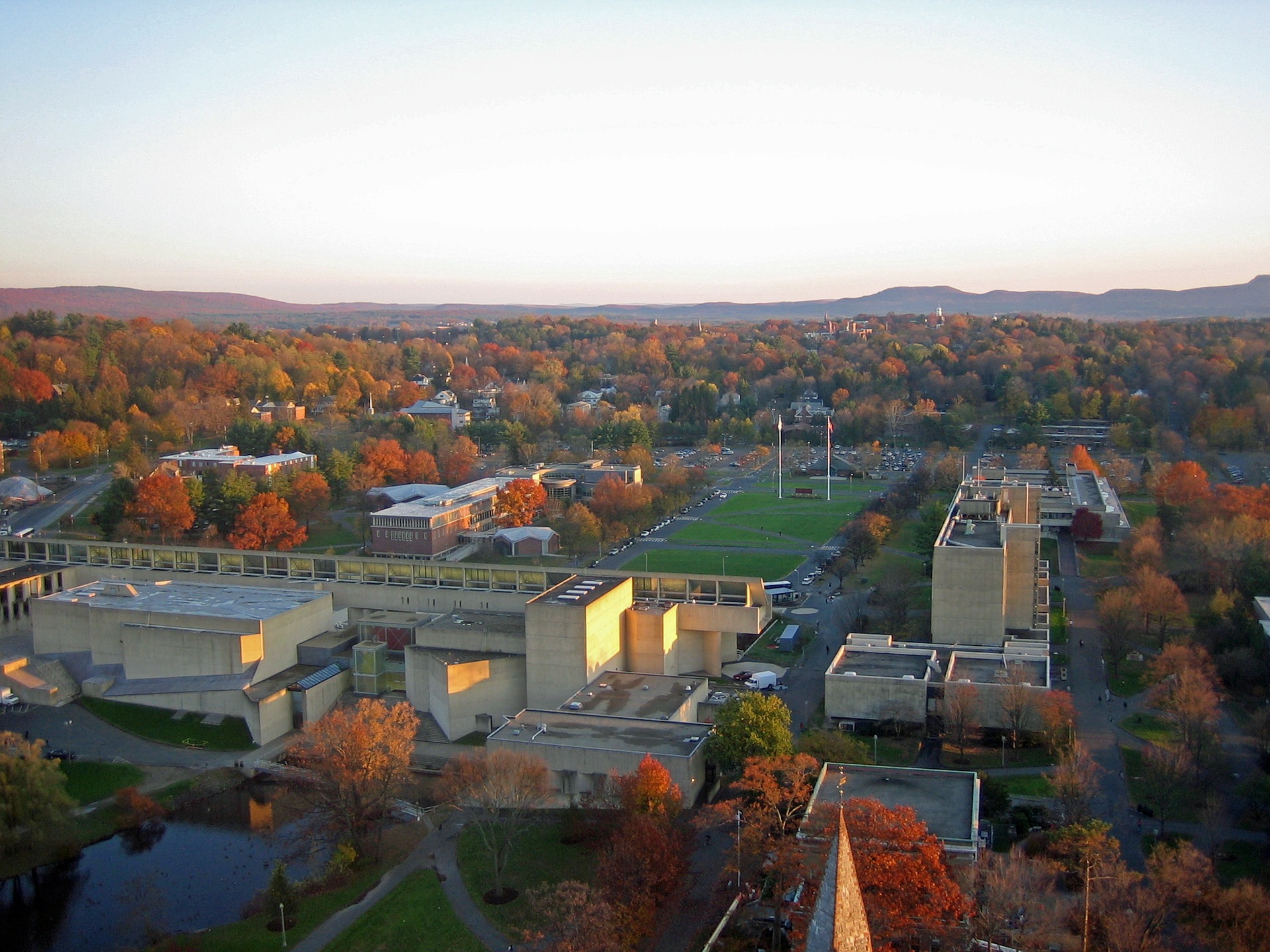 Last week the U.S. Court of Appeals for the First Circuit released its second decision in the last few years addressing campus sexual misconduct disciplinary proceedings. In Haidak v. University of Massachusetts-Amherst, the First Circuit largely found for the University, concluding, as my colleague recently discussed, that the procedures it applied in Mr. Haidak’s case were sufficient to pass constitutional muster.

In writing about these campus disciplinary proceedings, the court glossed over the factual realities of these cases and made some concerning statements that—if schools were to adopt them as policy—would undermine students’ rights.

The UMass Title IX proceedings at issue in Haidak arose out of a romantic relationship between two UMass students. The two were studying abroad in Barcelona and had a physical altercation. The female student, Lauren Gibney, made a complaint to UMass, which started a conduct case against the male student, James Haidak, and imposed a no-contact order between the two. Despite the order, the two continued their relationship and had frequent, consensual contact. Eventually, when Haidak failed to comply with a second notice about the no-contact order, the school summarily suspended him with no process. That suspension lasted five months, until his case was heard through the university disciplinary process. Eventually after an investigation, UMass found Haidak responsible for physical assault and violating the no contact order and expelled him.

The Court’s opinion shows a lack of understanding or concern for the practicalities of student sexual misconduct cases. For example, in discussing the process schools owe students before imposing interim suspensions excluding the student from campus for many months while a case is pending, the Court suggested that if a student does not immediately have a well–thought–out defense when they are first notified of the allegations, the school may owe the student less process before removing him or her from the school. The Court stated that “if the response offers no plausible defense, then the need for further inquiry diminishes, much like the manner in which a guilty plea eliminates the need for further proceedings.” Where there is a potential for criminal charges arising out of the same conduct, a student may not be able to present any defense at an early meeting without forfeiting his or her 5th Amendment rights in the criminal process. It would be irresponsible for a school to expect a student to make the decision about whether to waive constitutional rights on short notice, and potentially without having a chance to consult an attorney. If a public school were to suspend a student for exercising his or her 5th Amendment right not to respond to an allegation in the first meeting, that in and of itself could be constitutional violation. In my view, any school relying on this portion of the Court’s opinion to bypass the obligation to provide a student due process before excluding him or her from campus does so at its own risk of facing a due process lawsuit from the accused student.

Even if there are no 5th Amendment concerns, the analogy completely misses the mark: a student not having a strong and readily articulable defense before any investigation has been conducted is in no way the same as someone accepting responsibility for committing a crime. For both parties involved in these proceedings, their initial statements to the school may not be as detailed as the statements elicited by investigators over the course of hours of interviews.  Even though an accused student may be able to give an account of an incident in the initial meeting with school officials, the student may not be able to persuade an administrator that it is “plausible” without mustering further evidence (especially, for instance, in a situation where alcohol is involved and the parties’ recollections of what happened are unclear or even nonexistent). A student who has not been provided the opportunity to review the school’s policy and understand the elements of the offense they are charged with, or the standard being used to make decisions, may not know what information is relevant or useful and therefore may not provide the full universe of relevant evidence in an initial interview.  It is neither unusual nor a sign that a student is guilty if he or she does not readily have all of the information necessary to present a comprehensive defense in the first meeting with a school.

In addition to assessing Haidak’s due process claims, the Court also reviewed whether Haidak’s Title IX claims should have survived summary judgment. Haidak appealed the dismissal of his claim under a “selective enforcement” theory, which required him to show that the severity of the sanction or the decision to initiate the proceeding was affected by his gender. Haidak’s evidence of gender bias was that the university filed charges against him when Gibney reported misconduct but didn’t file charges against her when he reported her physical violence against him. The Court did not squarely address how someone in Haidak’s position could make a showing of selective enforcement, or state what standard the Court would apply to such a claim. In dismissing Haidak’s selective enforcement claim, the Court relied on the fact that the university told Haidak that he could file a complaint against Gibney, and he declined. The Court chose to ignore, however, the context of that offer and denial, which happened only after the associate dean of students told him that if he filed a complaint, the school would likely not address his complaint until after Gibney’s case against him was completed. Under those circumstances, the Court’s conclusion that Haidak voluntarily chose not to pursue a complaint seems a way to avoid having to wrestle with the tricky question of how to determine if a school’s disciplinary decisions are motivated by gender.

In discussing the Title IX claim, the Court seemed to tacitly approve of the apparent UMass policy of taking seriously the first complaint it receives between two people, and discounting any complaint made by the respondent against the original complainant. The court found that Haidak’s and Gibney’s complaints were not “similarly situated” because Gibney affirmatively contacted the university to report charges, and Haidak only reported his complaints “defensively” against Gibney after he had been notified of her complaint against him. Regardless of how or when the school learned of the complaint, schools have an obligation to address reports of sexual misconduct or relationship violence. Even under the most recent guidance from the Department of Education, which gives schools more flexibility in how they respond to allegations of misconduct than had previous federal guidance, says  “[w]hether or not a student files a complaint of alleged sexual misconduct or otherwise asks the school to take action, where the school knows or reasonably should know of an incident of sexual misconduct, the school must take steps to understand what occurred and to respond appropriately.”

This view that a “legitimate” complainant is someone who affirmatively reaches out to make a complaint shortly after an incident happens is deeply troubling. This view supports the idea—widely disputed by people who work with victims of gender-based violence—that if someone is a victim of a sex or domestic violence crime, they would naturally immediately speak out about such violence and report it to authorities. It also ignores the ways in which students in abusive relationships may use the Title IX office to exert control over their partners. Under the Court’s view, an abusive partner who files a Title IX complaint as part and parcel of their abuse tactics will be seen as more legitimate than the abused partner who eventually responds to such a complaint with their own account of relationship abuse or sexual violence. Finally, this view ignores the significant social and cultural barriers that prevent male victims of sexual or relationship violence from disclosing their abuse. Quite often, it may be only in responding to a Title IX complaint that a male victim of abuse first discloses or puts into words abuse he has suffered. Title IX offices should not automatically give more weight to the first complaint they receive between two people. The school’s obligation is to neutrally and fairly investigate and adjudicate all claims brought before them, not to reward the student who wins the race to the Title IX office.

If you need to speak to a lawyer about a Title IX sexual assault or sexual harassment matter, please call Zalkind Duncan & Bernstein LLP at (617) 742-6020.