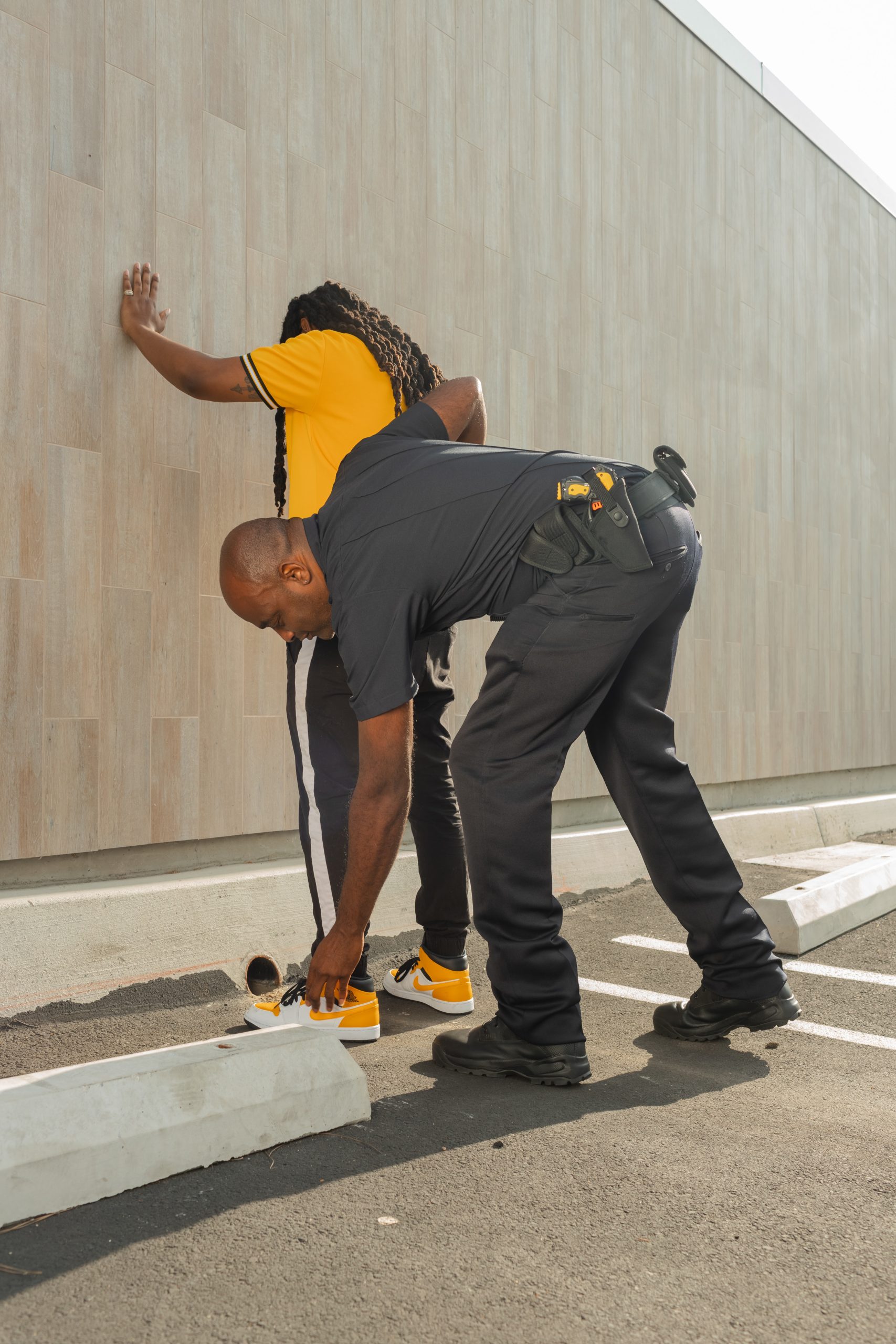 The use of “patfrisk” or “stop-and-frisk” techniques by police is a serious—and, in some communities, alarmingly frequent—intrusion on personal liberty and dignity. In Commonwealth v. Karen K., the Massachusetts Supreme Judicial Court (SJC) considered the case of a sixteen-year-old African-American girl stopped and patfrisked by Boston police, who discovered a loaded firearm in the waistband of her pants. The case provided an opportunity for the Commonwealth’s highest court to revisit some of the same highly charged questions of constitutional law at play in their controversial and fractured 2021 decision in Commonwealth v. Sweeting-Bailey, which we previously discussed on this blog.

The patfrisk in question in Karen K. occurred one night in November 2018. At some point on the day of the stop, police had been contacted by a “concerned citizen” who reported that “kids” were playing with a firearm at a local housing complex, where shots had allegedly been fired in recent days. Hours later, police arrived in the vicinity of the complex, where the officer who later testified at the hearing saw “Karen” walking on the street. He testified that when she noticed other police further ahead of her, she turned onto a pathway in the complex. From his cruiser some sixty feet away, the officer then observed her looking over her shoulder and adjusting her waistband. At this point, the officer and a colleague exited the cruiser and approached. “Karen” took several turns and began walking faster, apparently to avoid different groups of police. When she eventually came face to face with the officer, she tried to walk around him, but he blocked her path and grabbed her arms. The patfrisk followed.

The central question before the SJC was: did the police have reasonable suspicion that the juvenile was armed and dangerous, as required to patfrisk her under Massachusetts law? In a decision issued this week—some eleven months after oral arguments—all seven justices agreed that the answer was yes. The main opinion, authored by the court’s newest member, Justice Serge Georges, acknowledged that it was a “close case” and that all of the officer’s observations were innocuous in isolation, but held that the totality of the circumstances met the constitutional standard. Evidence from the stop therefore did not need to be suppressed. (An extended panel of the Appeals Court had previously reached the same conclusion, in a 3-2 split decision. “Karen” had already pleaded to four firearms charges, but retained the right to appeal the denial of her suppression motion.)

One piece of evidence the SJC held supported reasonable suspicion for the stop was the officer’s observation of what he took to be “acts of evasion.” Justice Georges acknowledged previous SJC decisions highlighting that Black youth are disproportionately targeted by law enforcement and thus may have innocent reasons to seek to avoid encountering officers. Still, he emphasized that flight from police remains a “factor” in the reasonable suspicion analysis. He also did not give special weight to the age of the defendant.

The opinion also discussed at length a challenge to the motion judge’s finding that the officer observed the teenager “blading” her body “so as to conceal something on her person.” At the motion hearing, the officer testified that by “blading” he meant her turning to the side while holding her waist; he further testifed that he had learned about “blading” and its significance in his law enforcement training. The SJC ultimately approved of the motion judge’s factual findings and agreed that the officer could reasonably suspect, based on his training and experience, that the body language indicated that Karen was hiding something. This conclusion ignores the extent to which police officers can be affected by implicit racial biases in judging certain behavior to be suspicious.

Justice Georges also noted, however, that courts have used the term “blading” to mean a wide range of things, including an attempt to hide one side of the body by creating a thin profile, a stance indicating an imminent physical attack, touching or looking at one’s body to confirm presence of a weapon, and even a position taken by a drug-sniffing dog. He directed that witnesses in future cases to describe behavior specifically, rather than relying on ominous and ambiguous jargon like “blading.” The justice also emphasized that “Karen” and her counsel did not challenge the officer’s training and experience at the motion hearing. Although it is disappointing that the SJC continued to give weight to vague assertions about officer training and experience, vigorous defense advocacy may be able to shift the analysis of this factor.

Karen. K. illustrates the danger of setting the constitutional standard for when police can touch our bodies on the basis of the few cases where a patfrisk leads to criminal charges.  In evaluating whether the officer’s actions in accosting a frightened teenager were reasonable, the court had the benefit of hindsight, knowing that the search had turned up a dangerous weapon. As studies show, however, the vast majority of patfrisks do not discover weapons or other contraband, and the harm done to communities by over-aggressive policing in these cases is rarely presented for judicial review. In a concurring opinion, Chief Justice Kimberly Budd did stress that the decision did not “lower the constitutional threshold for warrantless stops.” Karen K. nonetheless shows that the reasonable suspicion inquiry remains highly fact-specific and subjective, and one in which courts are still often willing to give police officers the benefit of the doubt.