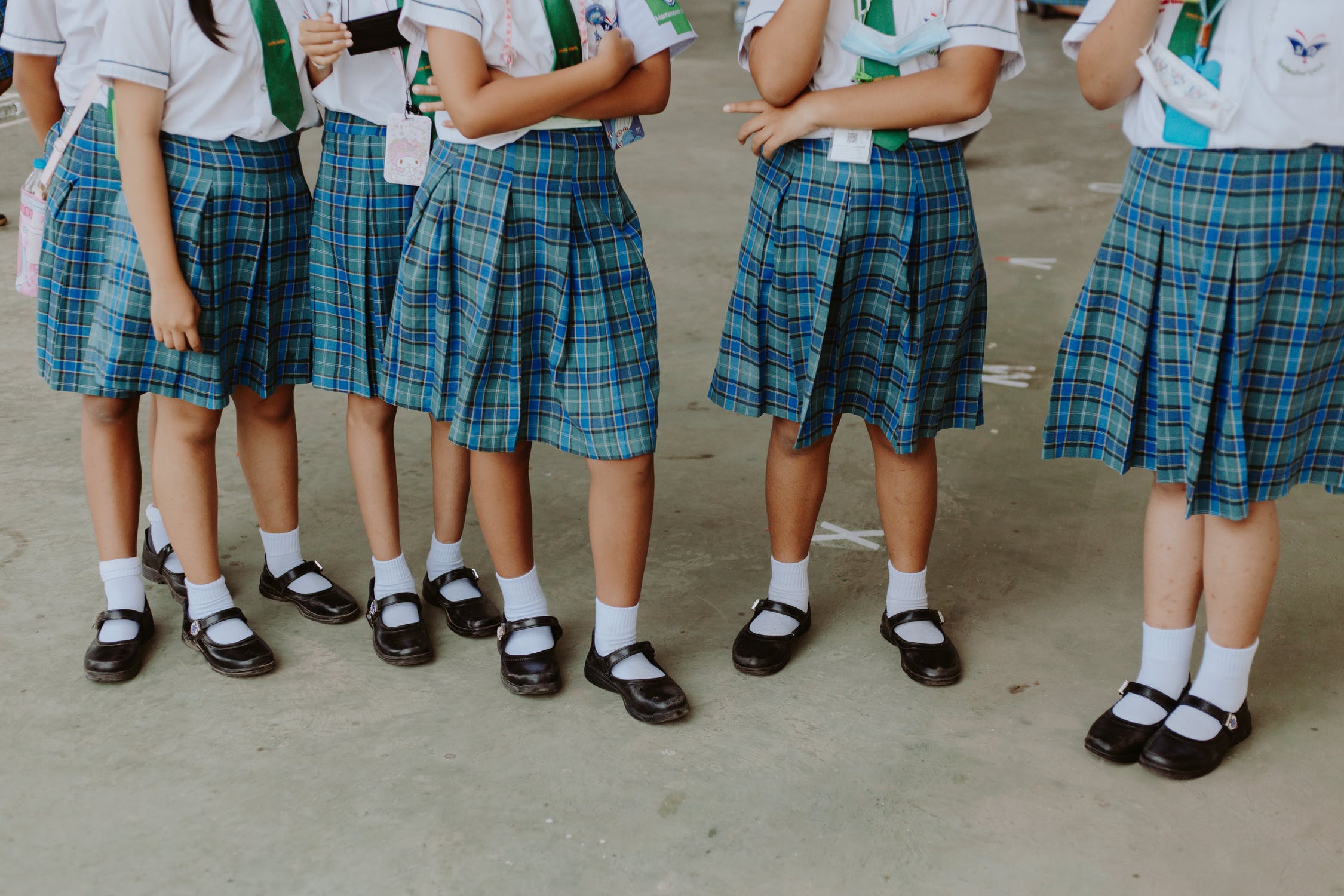 This week, the Fourth Circuit court of appeals, sitting en banc (meaning all of the judges of the court together), held that a charter school’s dress code that requires girls to wear skirts violates their constitutional right to equal protection. The Court also reasoned that the dress code likely violates their rights under Title IX to be free from gender-based discrimination at school. The opinion was a resounding victory for students’ civil rights and for women’s rights.

The ACLU filed the case in 2016 on behalf of three female students at Charter Day School (CDS) in North Carolina. CDS had a dress code that required girls to wear skirts and required boys to wear pants or shorts. It justified this dress code on the grounds that the school wanted to promote “traditional” values, including chivalry. CDS’s founder, and former chair of its board, testified that chivalry is a code of honor “where women are . . . regarded as a fragile vessel that men are supposed to take care of and honor.”

In presenting their case on summary judgment, the plaintiffs explained how the dress code impacted them, and the messages it sent to students at the school. The plaintiffs provided testimony that the skirt requirement sent the message that girls are not equal to boys and should be less active than boys. They also documented the practical limitations the dress code had on their ability to participate in school activities; the girls had to avoid physical activities at recess like using the climbing structure and swings. The girls testified that they felt uncomfortable during emergency drills when they had to crawl on the floor.

The district court, however, found for the defendants on the Title IX claim. The U.S. Department of Education, which is the agency charged with interpreting and applying Title IX, had issued regulations in 1975 that explained how Title IX applied to dress codes. In 1982, however, the Department of Education amended its regulations and removed the provision that prohibited discriminatory dress and appearance codes, stating that there was no indication when Congress passed Title IX that it intended to authorize agencies to issue federal regulations about appearance codes, and that the agency should focus its Title IX enforcement in other areas. Under principles of administrative law, the district court determined that courts had to defer to the Department of Education’s interpretation of Title IX on this point, and therefore that Title IX does not prohibit discriminatory dress codes.

In August 2021 a panel of the Fourth Circuit reversed the district court’s decisions on both the equal protection claim and the Title IX claim. The majority of the panel found that CDS was not a state actor when it issued its dress code, and so was not bound by the constitutional prohibition on gender discrimination. However, the panel found that Title IX can apply to dress codes. The court noted that the statutory language is broad – prohibiting any instance in which a student is excluded from participating in or denied the benefit of an educational program because of their sex. The court found that given the clear language of the statute it was not necessary to look to how the Department of Education may have interpreted Title IX.

Two months later, the Fourth Circuit granted the plaintiff’s request to have the case heard by the entire court, rather than the typical three-judge panel. The case was re-argued and this week the full court issued a decision finding for the plaintiffs on both their equal protection and Title IX claims.

In contrast to the original three-judge panel, the full court agreed with the district court that the state of North Carolina had delegated a traditional state function (public education of its children) to CDS, and CDS therefore is a “state actor” to which the constitution applies. It then went on to hold, like the district court had, that there was no important governmental objective that supported the requirement that girls wear skirts to school. In the words of the court: “It is difficult to imagine a clearer example of a rationale based on impermissible gender stereotypes. On their face, the justifications proffered by CDS ‘rest on nothing more than conventional notions about the proper station in society for males and females.’”

Turning to Title IX, the full court found that the statute was clear and unambiguous in prohibiting sex discrimination, including in dress codes. It set forth how to analyze a Title IX claim in this context: “For purposes of a claim of discrimination under Title IX, the plaintiffs are treated ‘worse’ than similarly situated male students if the plaintiffs are harmed by the requirement that only girls must wear skirts, when boys may wear shorts or pants.” It remanded the Title IX claim to the lower court to determine whether the plaintiffs were harmed by the dress code. Given the evidence submitted to the lower court, and its previous finding that the plaintiffs were harmed and suffered a constitutional violation, it is likely that the court will find a Title IX violation as well.

The majority decision was not simply a technical legal analysis, but a full-throated rejection of discriminatory treatment masquerading as traditional values. The court rejected CDS’s argument—seemingly endorsed by one of the dissenting opinions—that the school had an interest in teaching and upholding a code of chivalry among its students. As the majority opinion noted, chivalry was an oppressive cultural system that treated women as men’s property and gave men license to abuse women under their care (as I previously argued in an article the court cited for this proposition). In the words of Judge Keenan: “chivalry may not have been a bed of roses for those forced to lie in it.” Her rejection of the argument that discrimination against girls can be justified by a desire to “protect” them as the weaker sex echoes Justice Brennan’s rejection of “positive” sexism in Frontiero v. Richardson a half-century ago: “There can be no doubt that our Nation has had a long and unfortunate history of sex discrimination. Traditionally, such discrimination was rationalized by an attitude of ‘romantic paternalism’ which, in practical effect, put women not on a pedestal, but in a cage.” Although in the employment context some courts have found that gender-based dress and grooming codes are not discriminatory if they impose similar burdens on men and women, the Peltier court rejected this idea, stating “These cases rely heavily on precedent from the 1970s affirming the validity of dress codes based on “traditional” notions of appropriate gender norms. As explained above, any sex-specific dress or grooming policy, like any other sex-based classification, must be substantially related to an important governmental objective.”

The Fourth Circuit correctly recognized that the sex-specific dress code at CDS was another instance of putting girls in a cage; despite the school’s claim that its purpose was to protect and instill respect for girls, in practice it limited their ability to engage fully with the school experience.

As the lawyer who represented the students in this case has noted, this is a landmark ruling in a number of other ways. As I have discussed previously, there have not been many challenges to school dress codes under Title IX. This decision lays out a clear analysis of why sex-specific dress codes violate Title IX, and rejects the “comparable burdens” test that has evolved in some employment cases and that creates an unnecessarily high bar to plaintiffs proving discrimination. The Court’s decision on state action is also wide-reaching, potentially applying to charter schools across the nation, making clear that charter schools—which serve the same function as public schools—are not exempt from the constitutional prohibition on discrimination.

The Peltier decision is a resounding victory for civil rights for students, and one that may lay the foundation for the recognition of students’ rights to gender-neutral treatment across the country.

Have you or your child experienced discrimination in school? Contact our education attorneys at (617) 742-6020.