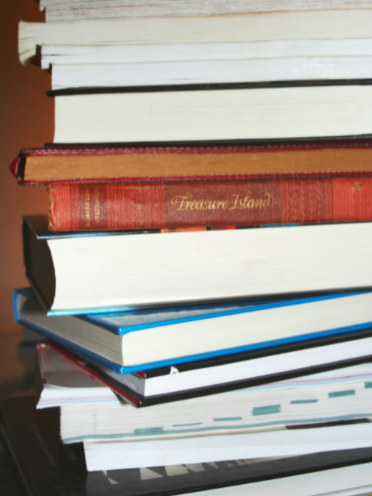 Under longstanding case law in Massachusetts and the First Circuit, a court must interpret a student handbook or other school policy consistent with the “reasonable expectations” of a student reading it. If the school fails to follow its established policies, the student may be able to hold it accountable through a suit for breach of contract. But what happens when the school’s policies contain inconsistent or ambiguous provisions? In Sonoiki v. Harvard University, the Court of Appeals for the First Circuit held that a student’s claims should be allowed to proceed where the student’s interpretation of the policies was reasonably supported in the policies’ text – even if that interpretation contradicted other parts of the policies.

According to the Sonoiki decision, the plaintiff Sonoiki was about to graduate from Harvard when administrators pressured three female students to make sexual misconduct complaints about him. Although some of the alleged conduct dated from years before, the complaints were made so close to graduation that formal charges were not issued before commencement day, but nonetheless Harvard withheld Sonoiki’s diploma. Sonoiki lost out on a lucrative employment opportunity when an employer learned that Harvard had not granted him a degree. Ultimately, Sonoiki was found responsible for sexual assault and then dismissed from Harvard. He sued Harvard for, among other things, breach of contract, but the District Court held that he had not plausibly stated that Harvard violated its policies, and dismissed the case.

The First Circuit reversed this decision in part, holding that some asserted violations of Harvard’s policies were plausible. For instance, Sonoiki argued that Harvard had no right to withhold his degree because, at the time of commencement, he had met all the academic requirements for graduation and was otherwise in good standing. Harvard’s policies stated that it would not issue a degree to a student with a pending complaint of sexual assault, but they were not clear about what needed to happen for a complaint to be pending. If a complaint was made against a student, the Administrative Board needed to conduct an initial investigation and review, and then decide whether to issue a formal disciplinary “charge.” In some places, the Harvard policies referred to a pending “charge” as a barrier to graduation, but in other places they mentioned a pending “case,” which was defined as starting with the submission of a misconduct allegation to the school. The distinction between a “case” and a “charge” mattered to Sonoiki (because there were allegations against him but no “charges” as of the end of the year), but the policies used the terms interchangeably. The First Circuit held that these inconsistencies rendered the policies ambiguous, and therefore Sonoiki should have been allowed to proceed with his claims that Harvard’s conduct violated his reasonable expectations.

With regard to other alleged breaches, the First Circuit emphasized that courts should look at a student’s interpretation of the relevant policies as a whole and assess whether that interpretation is reasonable, even if the student’s understanding relies on implications (or even contradicts the policies). In so doing, it retreated from a statement in a prior Boston College case that had suggested that, because a student handbook did not explicitly state that a live hearing would be conducted, as a matter of law the court could not require one. The court in Sonoiki held that, particularly at early stages of litigation, a student may state a claim if they allege that the school has violated reasonable expectations “based on the student’s feasible interpretation of the contract language,” even if that interpretation was different from how the school understood it and even if the contract could be understood multiple different ways.

This case is important because it underscores that a court should not view statements in a student handbook or policy in isolation, and need not read those statements as literally as past court decisions have. Some prior courts, including even past dicta by the First Circuit, have only found a procedural requirement for school disciplinary proceedings when that requirement was explicitly stated in the handbook. Sonoiki signals a different approach. At least here in the First Circuit, courts should look at the entire policy at issue and determine what overall impressions and expectations a student might reasonably come away with after reading the policy. As the court found in Sonoiki, there may be plausible expectations of certain procedural protections on which students are entitled to rely, even if they are not explicitly stated in the school’s policies.

If you or your child is involved in a Title IX or school disciplinary case and needs legal assistance, fill out our online intake form or call us at (617) 742-6020 to be connected with a student’s rights lawyer.